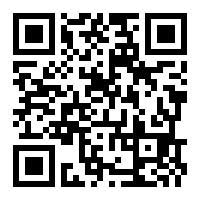 Raktabija was a powerful demon, the commander of Shumbha Nishumbha. He was strong and much powerful due to the boon that whenever drop of his blood fell on the ground thousands of Raktabijas will be born. Raktabija disenfranchised all Gods from heaven. When Gods approached Bramha, Bishnu, Maheswar ,a powerful mighty woman, Mahakali, was created with all glory of trinity. Mahakali attacked Raktabija but drops of blood falling on the ground created innumerable Raktabijas and Makali was in difficulty. Then she created blood thirsty Dakini Yogini who started to drink the demon’s blood before it fell on the ground. Thus ultimately Raktabija was annihilated.

Raktabija was a very powerful demon due to a boon that whenever his blood will drop on the ground, thousands of Raktabijas will be born. He started terrifying the gods and won over the three worlds. Finally, Mahakali slayed the demon with the help of Dakini and Yogini.