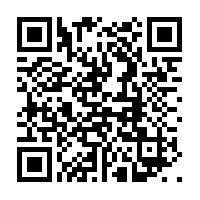 Sundha and Upasundha are the sons of demon Hiranakshya. These two demon brothers were the most powerful demon of their time. Once they started to have penance in the hope of getting the boon of immortality from Lord Brahma. He promised that no man can ever execute the two brothers, except if they fight against each other then they will die. This goon made them undefeatable as they thought of ruling over the three worlds – heaven, earth and hell. Sundha and Upasundha attacked the three realms and captivating all the women. Whenever they wished, they would torture the women. This made the gods anxious and they approached Lord Brahma for a solution. Then, Lord Viswakarma created a woman of astounding looks. The gods sent the lady to baffle Sundha and Upasundha. Seeing this beautiful lady, their head turned around. Both of them wanted to be with that woman and eventually, they started fighting for her. After a horrific battle Sundha and Upasundha both died.

Two demons Sundha and Upasundha started penance for getting boon of immortality. Bramha promised that no one can execute them but only if they fight with each other they will die. This undefeatable boon made then adamant and they started torturing 3 worlds. For solution Biswakarma created a woman of astounding look and sent to them. Sundha Upasundha started fighting to each other to be with the beautiful woman and both died after a horrific battle.