The 5th edition of Chau Jhumur Utsav was held at Bamnia in Purulia from 22-28th Dec, 2016. An open stage was designed for the performance around which the audience gathered to see the shows. 33 Chau teams and 7 Jhumur song and dance groups from Bankura and Purulia districts performed in the festival. More than 10000 audiences attended the festival. Apart from local audience many people from Kolkata and other nearby cities attended the festival. Event organizers from Jharkhand attended all the days of the festival and selected teams for future performances. Government officials like the Block Development Officer, Panchayat Pradhan, Sabhapati, Karmadhakya and local O.C. from the Police Station were present during the festival. 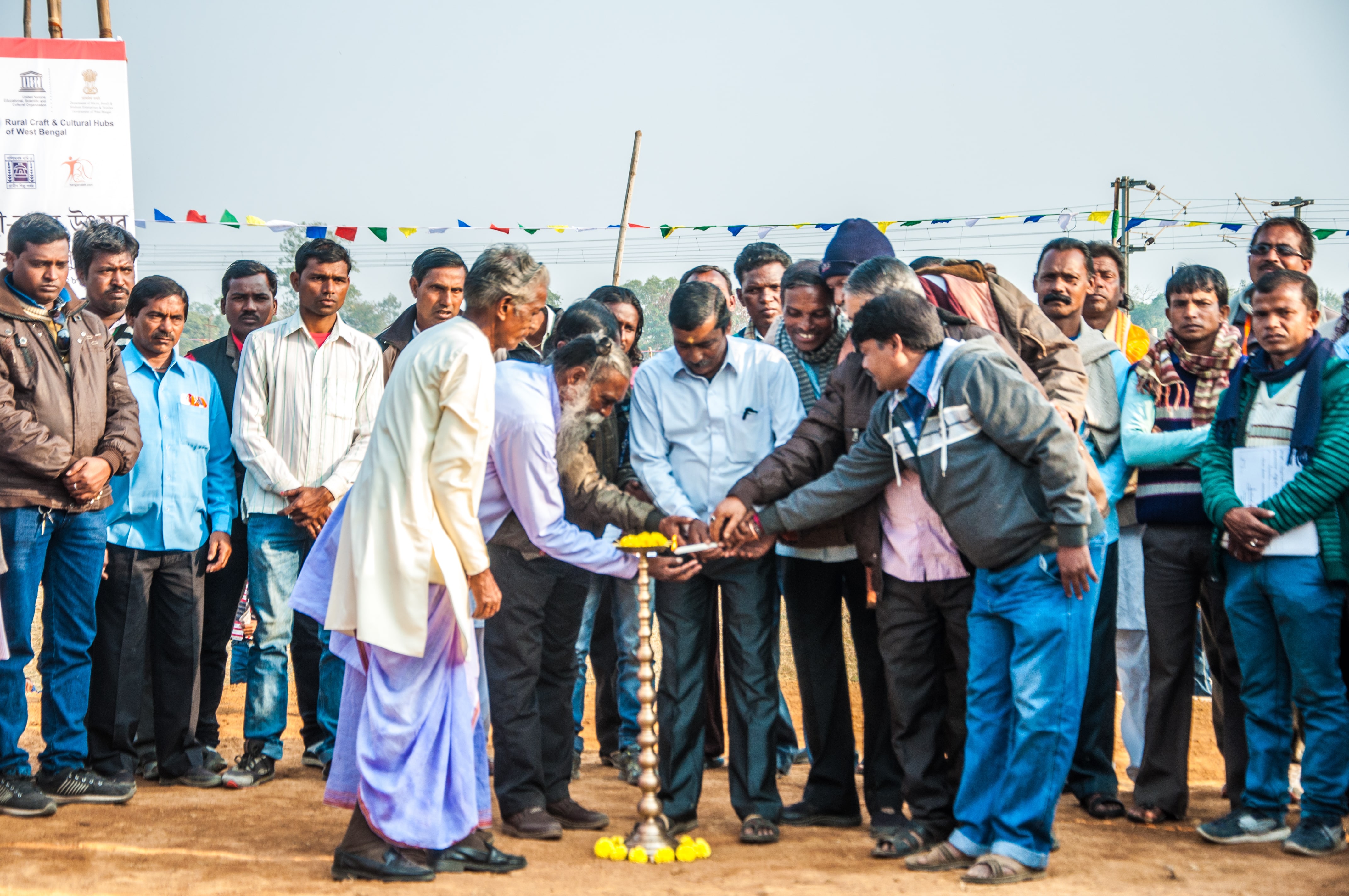 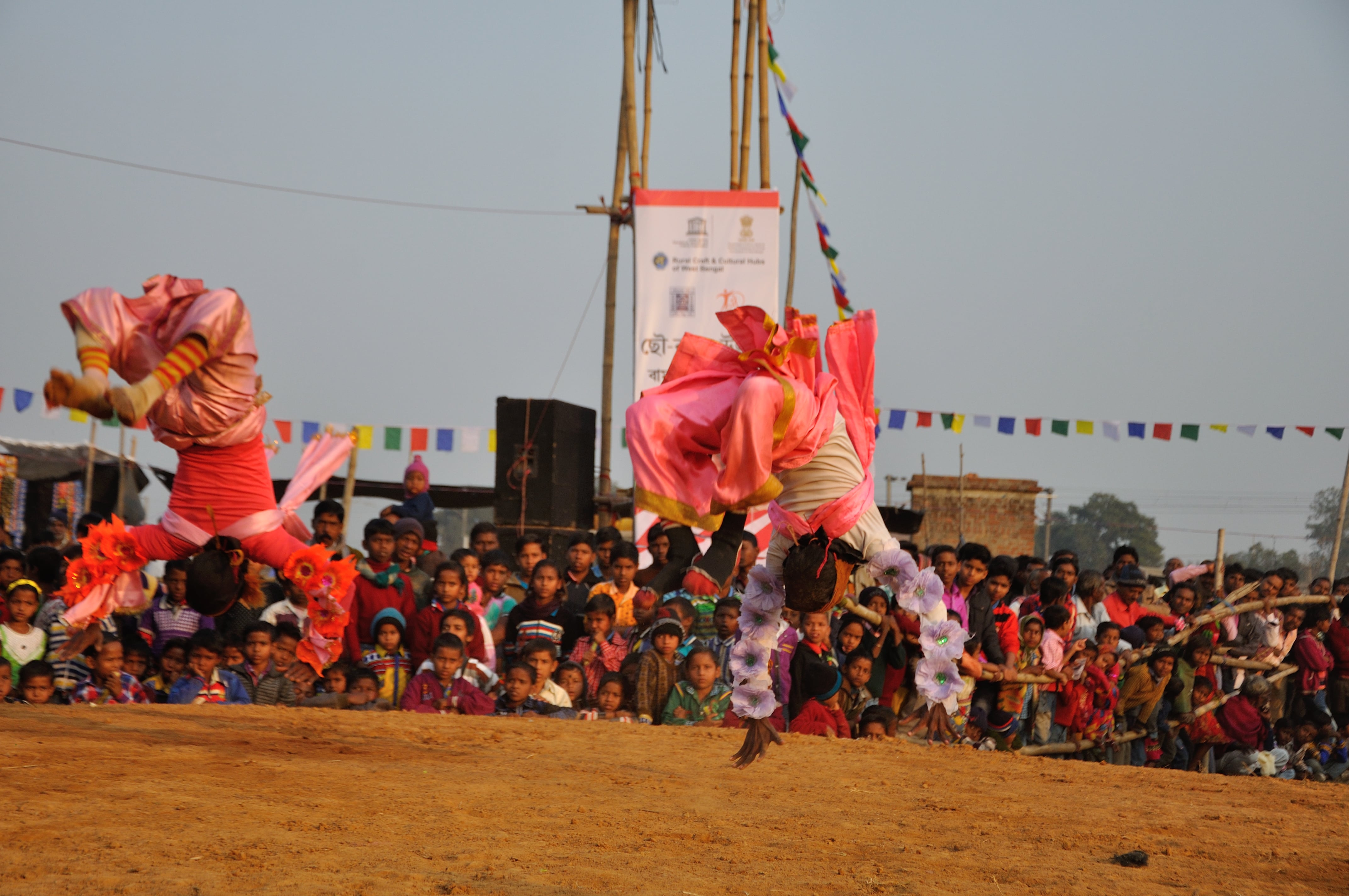 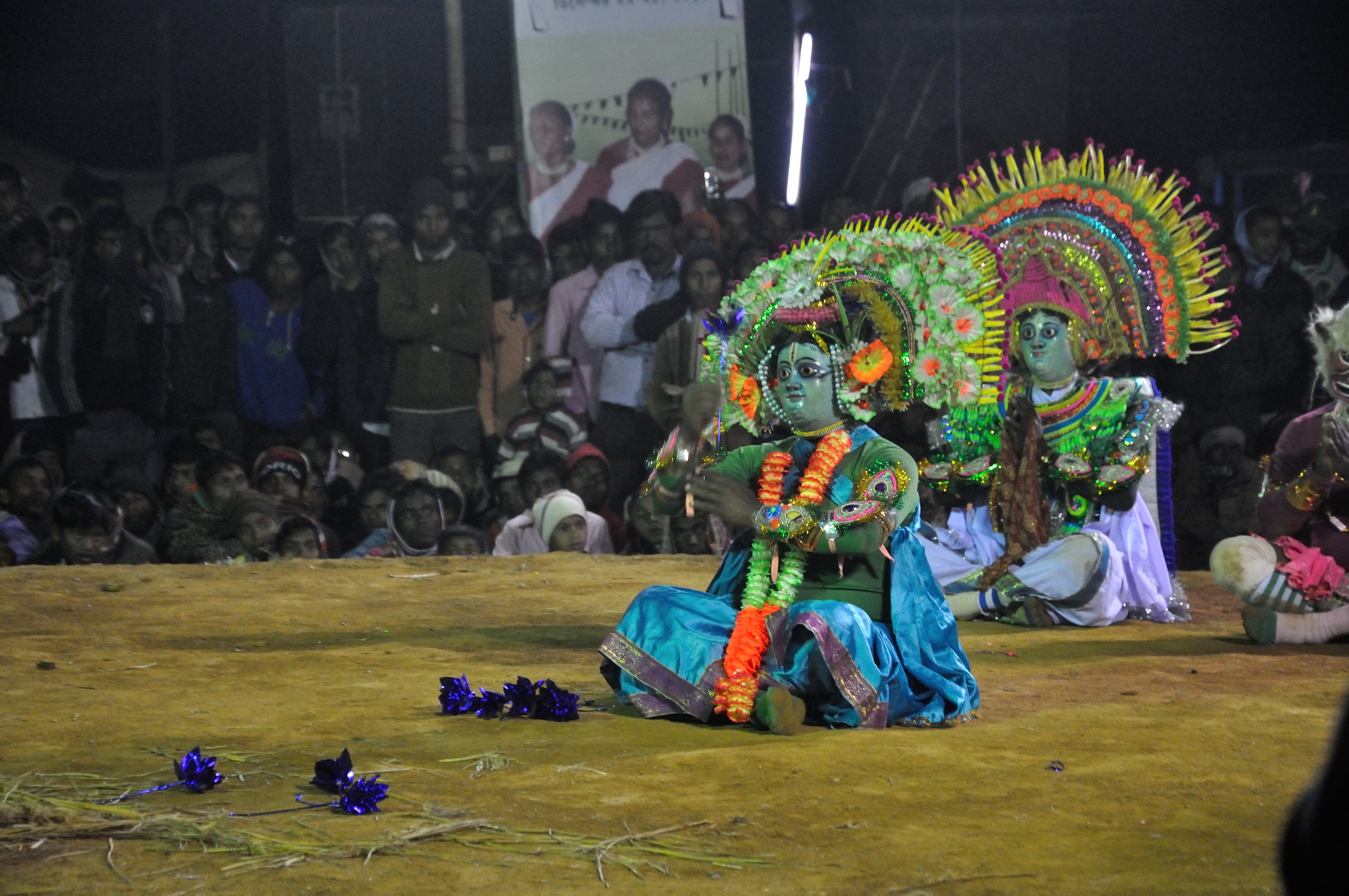 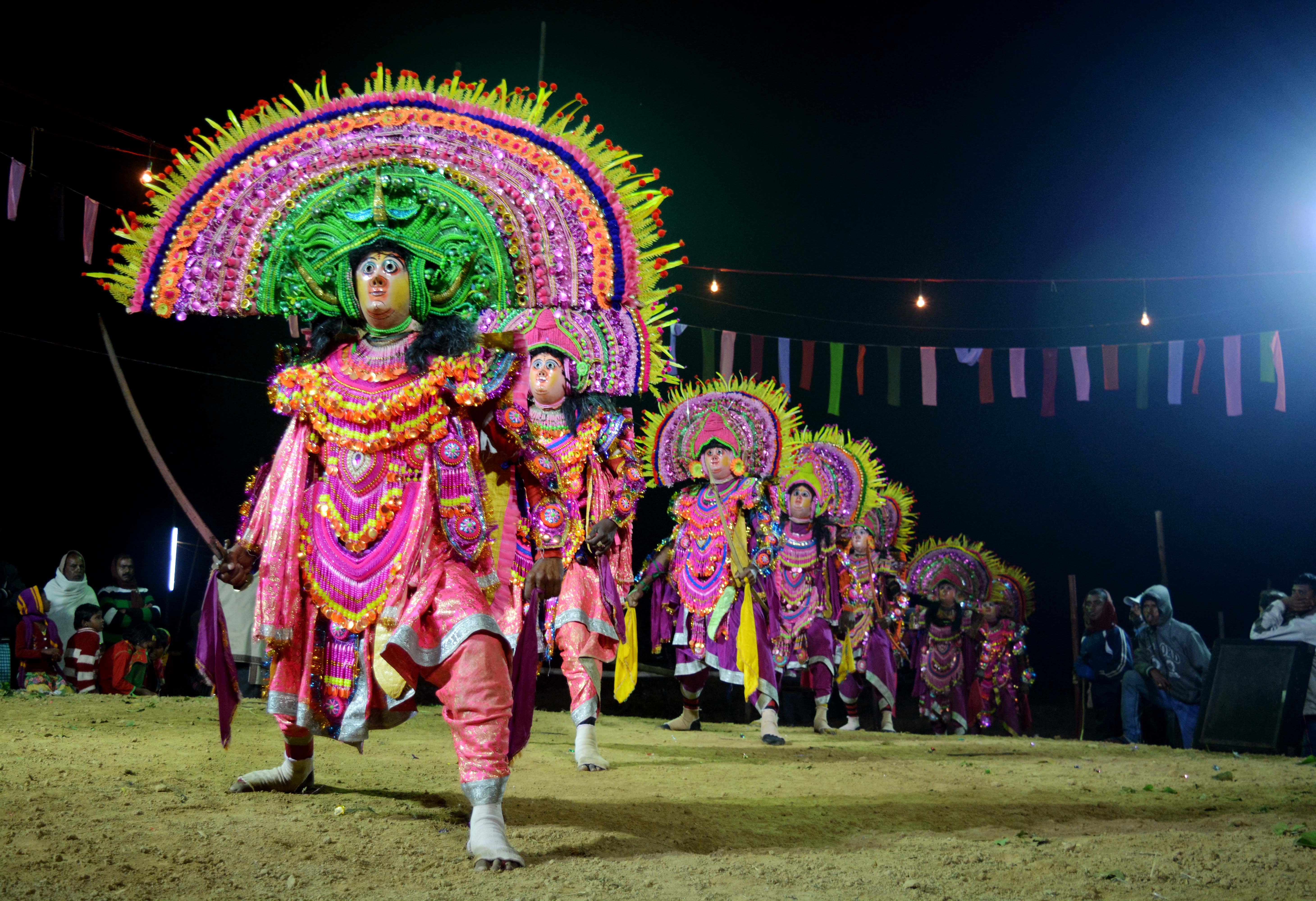 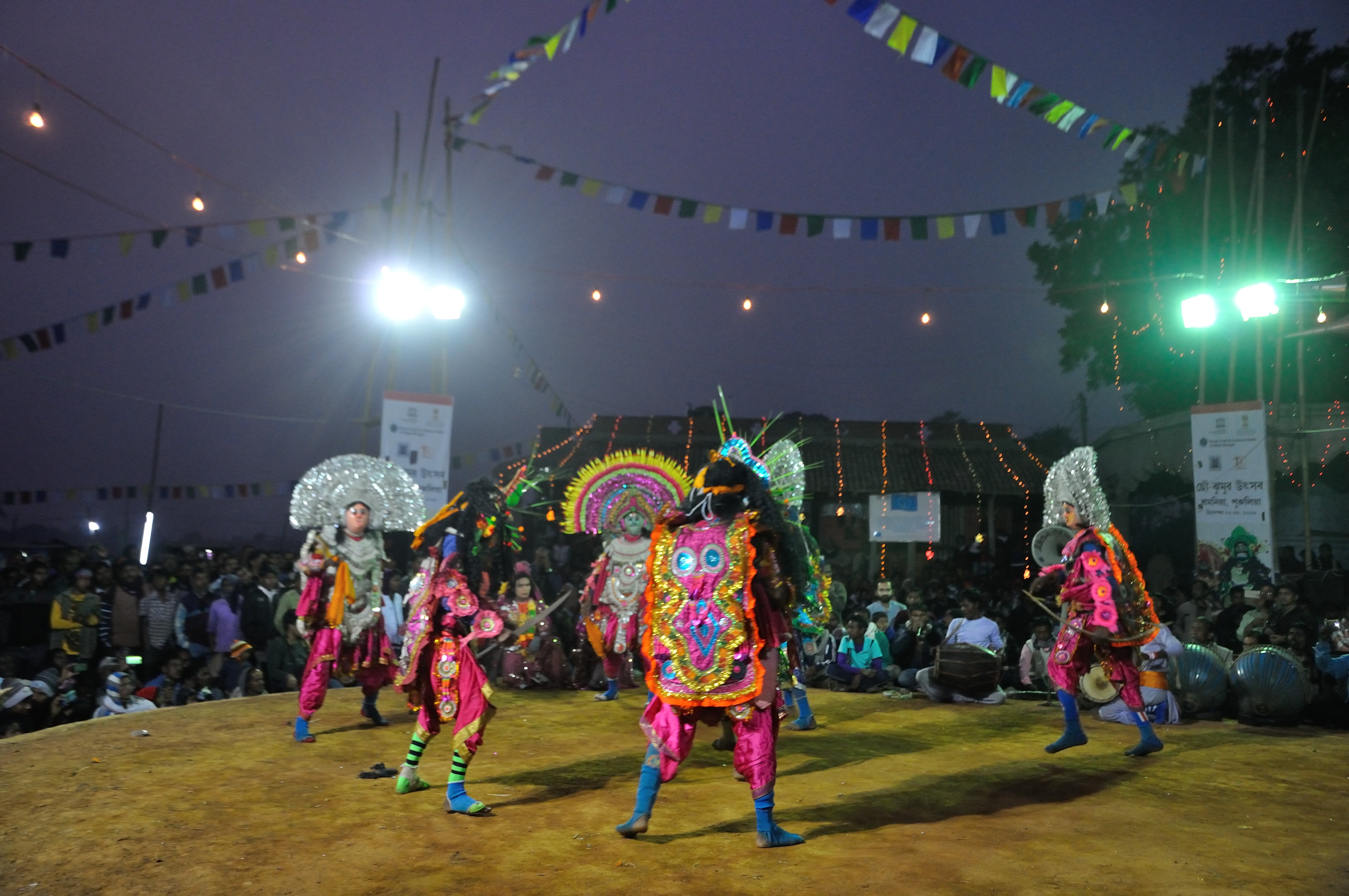 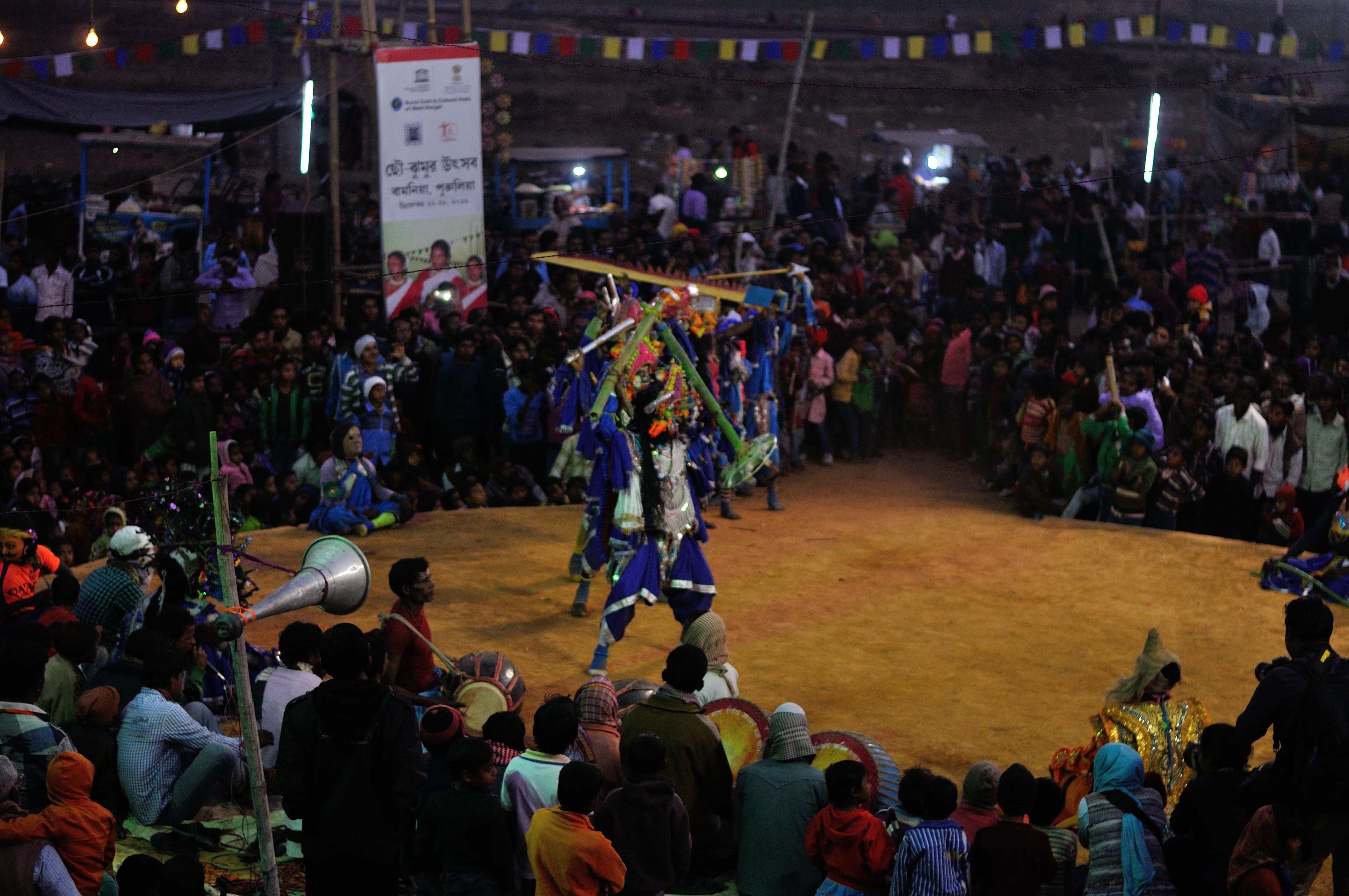 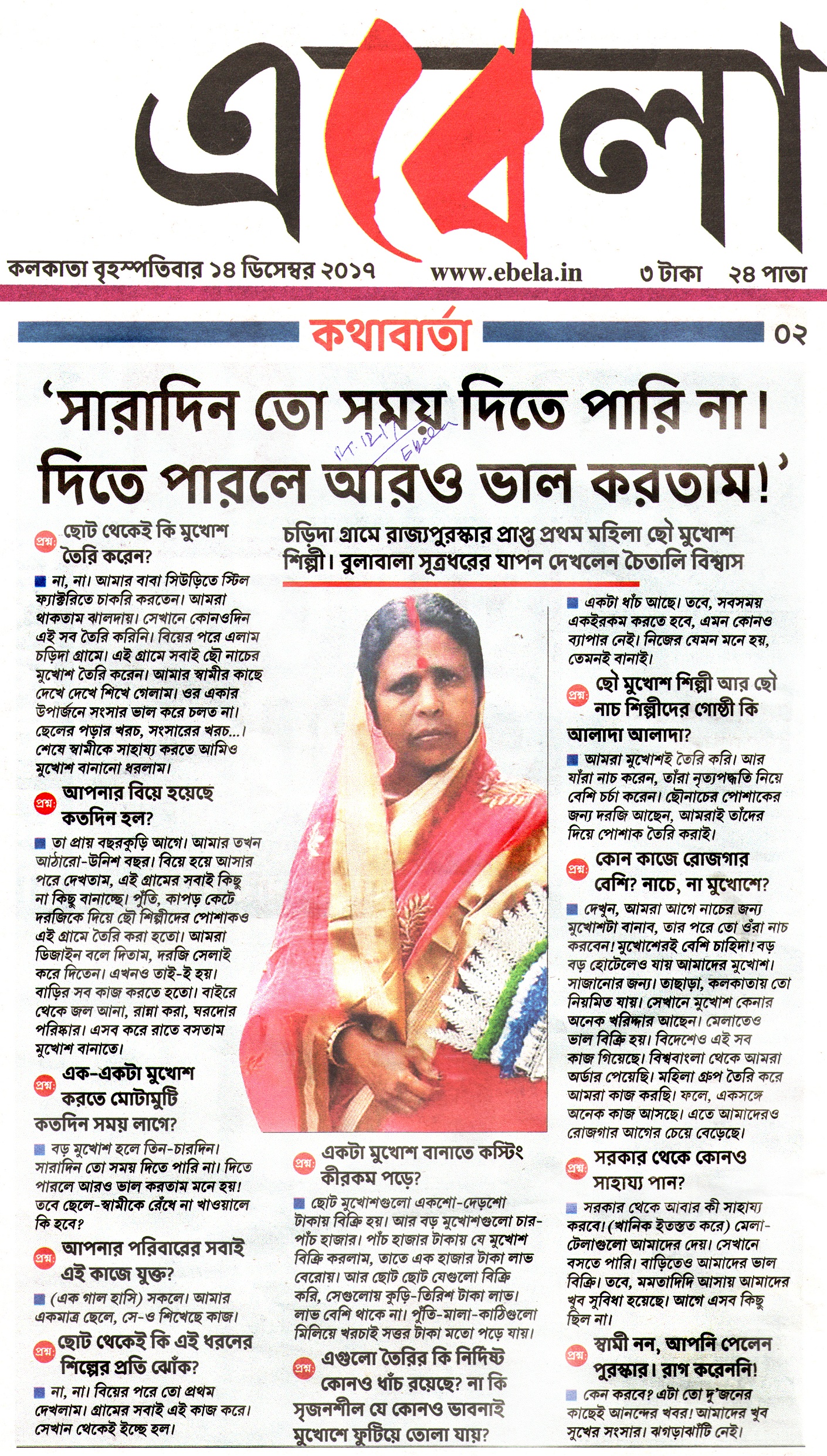